Our experienced team of physicians are dedicated to giving you the best patient experience while under our care. Please take a look at our physician's bios, or contact our Lemoyne, Harrisburg - Union Deposit, Carlisle, or Newport office today.

Since 1950's, we've served many generations of women — from grandmothers and mothers to their daughters.

He conducted cancer chemotherapy research for two years resulting in 10 publications and several awards. Dr. Cohen received his MD degree from the University of Maryland in 1989. He received his Obstetrics and Gynecology internship and residency training at the Greater Baltimore Medical Center in Towson, Maryland.

Dr. Cohen is Board Certified by the American Board of Obstetrics and Gynecology. His special areas of interest include advanced operative laparoscopy, laparoscopic hysterectomy, supracervical hysterectomy, infertility, and high-risk obstetrics.

Dr. Cohen enjoys riding his bicycle and playing computer games. He resides in Camp Hill with his wife, Carol. His two grown children reside in New York working for Google and LinkedIn.

Dr. delRosario is Board Certified by the American Board of Obstetrics and Gynecology. He holds memberships in the Pennsylvania Medical and Cumberland County Medical Societies, American Association of Gynecologic Laparoscopy, and the American Institute of Ultrasound in Medicine.

His clinical interests include minimally invasive surgery with a particular interest in robotic surgery. Along these lines, he previously served as Director of COEMIG at Pinnacle Hospital and as the President of Pinnacle's Institute for Minimally Invasive Surgery.

He proctors other physicians both in and outside the region in robotic and hysteroscopic surgical techniques. He has co-authored published research investigating various endometrial ablation devices and continues to lecture in this field. His other clinical interests include treatment of endometriosis or pelvic pain, problems of pelvic floor support, menopausal management, and advanced laparoscopic and hysteroscopic surgery.

In his free time, he enjoys listening to jazz or playing his saxophone, traveling, puttering in his yard gardening, or following the Phillies, Sixers, or Eagles. However, his greatest joy comes from just spending time with his family. He resides in Camp Hill with his wife and son.

Dr. Eskin is Board Certified by the American Board of Obstetrics and Gynecology. She is a member of the Pennsylvania Medical Society and the Dauphin County Medical Society. Her areas of special interest include laparoscopy and operative hysteroscopy.

Dr. Eskin enjoys exercising and reading. She is an avid Phillies fan! She is a native of the Harrisburg area. She resides in Camp Hill with her husband, their two children and her many dogs!

Dr. O'Malley has a Bachelor of Science degree in Electrical Engineering from Villanova University. After several years with RCA Missile and Surface Radar he attended Penn State College of Medicine then completed post graduate residency in Obstetrics and Gynecology at the Lankenau Hospital in Philadelphia.

He has been practicing medicine in the Harrisburg community since 1994. Dr. O'Malley is a Fellow of the American College of Obstetrics and Gynecology and maintains board certification. He holds membership in the Pennsylvania Medical Society, Cumberland County Medical Society and the American Institute for Ultrasound in Medicine.

Dr. O'Malley focuses his obstetrical practice on comprehensive and high risk pregnancy care including ultrasound and gestational diabetes. Dr. O'Malley lives in Mechanicsburg with his wife and children. They enjoy sailing, golf, travel and live music.

Dr. Powell received a Bachelor of Arts degree in Zoology and Psychology from Miami University in Oxford, OH. She attended medical school at the Philadelphia College of Osteopathic Medicine, where she received her DO degree in 2008. Upon graduation she completed her residency training in Obstetrics & Gynecology at The Reading Hospital and Medical Center in 2012.

Dr. Powell is Board Certified by the American College of Obstetrics and Gynecology. She is a member of the Pennsylvania Medical Society and the Cumberland County Medical Society. Her special interests include minimally invasive and robotic surgery, as well as general and high-risk obstetrics.

Dr. Powell is originally from the Harrisburg area and now resides in New Cumberland with her husband and children. She enjoys traveling, spending weekends at the family cabin and trying new restaurants. As a former figure skater she now enjoys being a spectator.

Dr. Readence has a Bachelor of Arts degree in Biochemistry from Case Western Reserve University. He earned his MD degree from the University of Cincinnati College of Medicine from 1999-2003. He received his residency training in Obstetrics and Gynecology at the Milton S Hershey Medical Center from 2003-2007.

Dr. Readence is a Fellow of the American College of Obstetrics and Gynecology and maintains Board Certification. He holds memberships in the Pennsylvania Medical Society, the Dauphin County Medical Society, and the AIUM.

His special interests are laparoscopic and hysteroscopic surgery, ultrasound imaging, and infertility. He spends countless hours in his garden, yard, and kitchen. His interests include traveling, hunting, and craft brewing (Belgian Ales).

Dr. Wallin served in the United States Army as an Air Traffic Controller where he received an Honorable Discharge. In 1973, he obtained his Bachelor of Arts in Psychology degree from the University of Minnesota in Minneapolis.

Dr. Wallin is Board Certified by the American Board of Obstetrics and Gynecology and has been practicing in the community since 1981. He holds memberships in numerous medical societies including the American College of Obstetrics and Gynecology, the Pennsylvania Medical Society, the Dauphin County Medical Society and the American Society of Colposcopists & Cervical Pathologists (ASCCP). His special areas of interest include vaginal surgery, colposcopy, and osteoporosis.

Dr. Wallin enjoys golfing and reading. He and his wife, Pauline reside in Lemoyne. They have two grown daughters as well as a new granddaughter who are all a joy!

Dr. Wegrzyniak received her Bachelor of Science degree in Biology from the Millersville University Honors College with Departmental Honors. She attended medical school at the Philadelphia College of Osteopathic Medicine where she received her DO degree in 2012. She completed her residency training in Obstetrics and Gynecology at Penn State Milton S. Hershey Medical Center, where she received the Outstanding Resident Teaching Award.

Dr. Wegrzyniak is originally from the Harrisburg area, graduating from Cedar Cliff High School. She enjoys traveling, baking, volleyball, and spending time with her husband, family, friends, and pets. 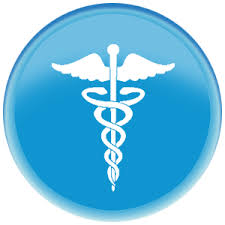 With our patient portal you can:

Danielle is currently providing services in our Lemoyne, Harrisburg, and Carlisle locations.

You can read more about our new Providers… HERE.

We are accepting new patients!
Please call our Central Scheduling Department today to set up your appointment at
717-737-4511 option 2.

Who is reading my mammogram?
Meet Dr. Debra Copit.